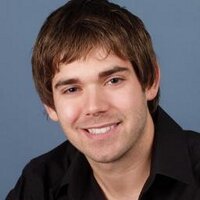 Have you ever seen someone on social media, maybe someone in your profession, with a hundred thousand followers and wondered, how the heck did they get so popular?

They’re certainly experts, and are good with their words, but there’s often nothing spectacular about them. Given enough time to research and draft material, you could probably create content on par with theirs, and your expertise might even rival theirs right now.

So what did they do to achieve this level of popularity and authority?

These people are generally known as social media influencers, and they’re a crucial component of influencer marketing (an entire suite of tactics designed to gain influence, followers, and authority by working with more popular people). But if you’re interested in becoming an influencer in your own right, or you want to know how these influencers rose to such a position of power, you might be curious about what sets them apart.

Obviously, they put in extra work and have more experience than the average Joe. But beyond that, there are a few secrets that most influencers don’t publicize:

There are some scant exceptions to this rule. For example, the first day Warren Buffett opened a Twitter account, he had 60,000 followers in an hour, and 100,000 within two hours. However, in this scenario, you need to consider that Warren Buffett was technically an influencer before he created a social media account. Everybody starts with zero followers and zero influence; that’s important to remember if you’re hesitant about trying to amass more followers, or if you can’t see your current influencer targets as anyone other than the rock stars of the present. Everyone is human, everyone makes mistakes, and everyone starts out unpopular.

One of the most important keys to amassing a following is providing a steady stream of content — even more than providing perfect content or new content 100 percent of the time. Obviously, your content should all be high-quality, and as new and original as possible. However, you need to publish consistently if you want people to stick around and come to view you as an authority on a given subject.

Individual interactions are valuable in almost any social media strategy. Why? Because people like to feel like they matter. Rather than broadcasting to a giant group of people all at once, focus on answering individual questions, or replying to content created by individuals in your core following. If they feel listened to, valued, and respected, they’ll probably become much more loyal to you—and encourage their friends and followers to follow you as well.

It’s not what you know, it’s who you know

No matter how much of an authority you are, it won’t matter to the community if you don’t have the approval and acceptance of other highly-regarded experts. Before you can start making strides as a thought leader in a given industry, you need to work with—or at least be acknowledged by—other authorities on the subject. In a sense, this means you have to engage in influencer marketing before you can ever become an influencer in your own right.

Getting notoriety in a given community means publishing content with some of the top names in that industry, but you can’t post just any content if you want to make a name for yourself. Instead, you need to publish top-tier content specifically tailored for the audience the publisher is targeting — even if it’s a few beats off from your usual targets. If you make your publishers happy, they’ll reward you by giving you more freedom and more exposure, which you need if you want to succeed.

The Pareto principle is a general rule that dictates that roughly 80% of your results will come from 20% of your inputs. In the context of social influencers, about 20%  of your followers will be responsible for 80% of your growth; these will be the evangelists spreading the word about your presence, sharing your content, and supporting you. Keep an eye out for these rare followers as they join you, and make sure they feel welcomed and appreciated.

Luck can be manufactured

In some ways, today’s social media influencers were lucky—but luck can be artificially created. For example, some influencers were lucky because they were in the right place at the right time—but if you study your demographics and content trends, you can time your content more accurately. Some were lucky because one of their pieces of content went viral—but if you consistently create high-quality work for long enough, eventually one of your pieces will get picked up, too. Timing and persistence are keys here.

After understanding these secrets, the position of being an influencer might seem less grandiose, or at least more achievable. The truth is, anyone has the potential to become an influencer, but only some of us end up dedicating the time and resources necessary to become one. If you’re interested in learning more secrets about how influencers became influencers, consider reaching out and having a conversation with some of the influencers in your own circles of expertise.

You might be surprised how willing they are to talk about their journey.

This article was written by Jayson DeMers from Forbes and was legally licensed through the NewsCred publisher network. Please direct all licensing questions to legal@newscred.com.