Micro-influencers and where to find them 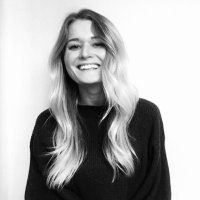 The problem is, the more “famous” a social media influencer becomes, the more removed they are from your average customer, and the less trusting your customers are of the influencer’s endorsements.

That’s why many smart brands are turning to micro-influencers. Micro-influencers are more relatable versions of social media influencers. They often have thousands of followers and have a niche area of interest. For example, a micro-influencer might be well known in the fitness community, food industry, or in the make-up world, but less well known to the general public. While they have fewer followers than someone like Kylie Jenner, micro-influencers have highly engaged fans and those fans are often extremely loyal and trusting.

What can micro-influencers do for your brand?

Since micro-influencers have already built a strong following, they can be valuable to brands. At the most straightforward level, a micro-influencer can provide a trusted review of a brand’s product. In fact, as many as 49% of people on Twitter rely on recommendations from influencers on Twitter.

For example, the below Tweet is from Danielle Bernstein of @WeWoreWhat, a micro-influencer in the fashion world, giving a shout-out to @Postmates.

A micro-influencer’s shout-out to a brand’s product can also spark a word-of-mouth marketing campaign, especially on Twitter. As a result, nearly 40% of people on Twitter say they’ve made a purchase as a direct result of a Tweet from an influencer.

Below,@bethcomstock, a business change-maker and author, shares what she loves about the Manhattan-based makeup company, @glossier:

Where can you find micro-influencers?