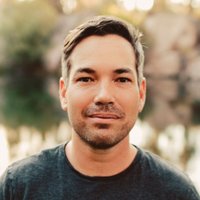 When it comes to selling, cold calling no longer cuts it.

Businesses are instead using technology and data to find prospects and sell more effectively. However, in this era of digital transformation, relationships are more important to selling than ever. In fact, with the speed that today’s cutting-edge technology becomes tomorrow’s commodity, the human touch has become a strategic advantage.

Enter social selling. Combining technology with old-fashioned relationship-building, social selling is the practice of identifying prospects, generating leads, and maintaining customer relations through social media. Since both you and your prospects are already on Twitter, a strategic social selling effort can be both easy and profitable to implement.

In addition to Twitter brand best practices like creating a quality profile, effectively using hashtags, and writing engaging Tweets, here are three ways you can incorporate social selling into your sales strategy.

In traditional sales, you never lead with your pitch. Instead, you take the time to listen to the prospect’s problem to identify an opportunity your product can solve.

With social selling, listening is just as critical. With Twitter, you can listen to thousands of prospects simultaneously as they share what’s on their collective minds.

Use Twitter Lists to group prospects in ways that make the most sense for your sales strategy.

Here are a few categories to organize your lists around:

Not necessarily. If you come out of nowhere asking for the sale you’re basically using the same cold calling method that no longer works. Instead, take the time to become a familiar presence to your prospect. Engage with your prospects by replying to their Tweets when you have something relevant to add.

With this interaction your prospect will likely follow you back, getting your Tweets in their timeline, while recognizing your name when the opportunity to start a sales conversation does finally present itself.

Put the social into your selling

Speaking of getting your Tweets in their timeline, think about the type of content you Tweet. Your timeline should convey both your industry and product expertise while still being helpful to your followers.Success in sales is often about building relationships. Use Twitter to augment your selling efforts and build relationships at scale. You can then leverage these relationships when the time is right to have a sales conversation.