February lineup: Your essential marketing calendar for the month 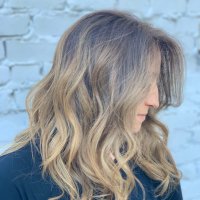 February is filled with live television events and occasions to celebrate with followers and superfans on Twitter.

Whether they're interested in #SuperBowlLI, #RedCarpet fashion, or the best of the #NBA, fans are planning watching occasions well in advance of acceptance speeches and trophies being awarded. And with Valentine's Day and Mardi Gras happening mid- to late-February, there are plenty of opportunities to show your personality on Twitter with relevant content.

Download our February marketing calendar to help plan your campaigns around these key dates, and read on for tips on how to thoughtfully frame your content and creative throughout the month.

81% of Twitter's audience is active while watching award shows, and conversation volume peaks with award show wins and memorable performances.* Your brand is best served by planning for and tuning into these moments live — another 69% of people on Twitter think brands that relate to something that just happened in the show stick with them the most.*

Fans on Twitter like seeing brands join the conversation with relevant content or deals, and the same can be said about ads — 42% more time is spent looking at Twitter Ads relevant to surrounding content.*** Align ad creative with suitable topics to reach movie buffs during award season (from nominations to the #Oscars), or sports nuts getting into the game (from Super Bowl snacks to the #SlamDunkContest).

Stay close to the action

Conversations around events and holidays are cyclical, and the buzz surrounding these moments play key parts in the experience. Take basketball fans, for example — 88% check for NBA-related content on Twitter several times a week when there are no live games (more than half are checking daily).** That's a lot of love for the game, and over a period of time. Brands that are aware of how communities come together before, during, and after events can plan topical campaigns that feel close to the action.

Ready to get started? Create your own campaign, or take a look at our Twitter Ads basics to learn a little more.