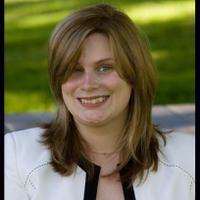 For brands interested in finding innovative ways to connect with sports fans or audiences in this specific market, Twitter is the place to join the World Cup conversation. This year, one in two Twitter sports fans plan to watch the World Cup and use Twitter to engage throughout the tournament.*

If you’re interested in connecting with World Cup fans, here are some best practices and examples to inspire you.

Share things in common with people who’ll be watching the World Cup? Twitter’s a great place to connect; 53% of Twitter’s U.S. users watch, follow, or play soccer.* Reach fans — and the larger audience watching the World Cup — with Twitter's targeting capabilities. There are multiple ways for brands to connect with sports fans, including the following targeting types:

Engage around the tournament, not just during it

Once you’ve identified the right audiences, make the most of the Cup’s multi-week timeline. Brands that find ways to engage before and after the World Cup gain maximum mileage and build stronger connections. Of every ten sports fans on Twitter, seven are planning to interact on the platform before or after the Cup.* Before the World Cup, you can tap into athlete excitement and fan anticipation. After the World Cup, reconnect with fans by extending the moment — whether you recap highlights or showcase #CantMissMoments.

Big events like the World Cup let you mix up your content strategy. Plan ahead and set yourself up with the tools needed to respond to in-the-moment opportunities to engage with fans:

Tap into the power of video

Video is a great way to capitalize on the action during the Cup, whether you’re highlighting a game win or showcasing a player interview. Twitter sports fans frequently consume video: 75% of people using Twitter for sports consume video at least once a week, and our latest research shows there’s been a 144% increase on the soccer videos shared on Twitter year over year.**

Are you ready to connect with fans and join the World Cup conversation? Launch a campaign today.