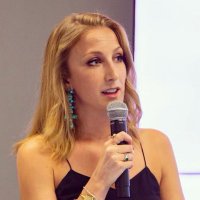 This article and expertise was originally published on Forbes.

Chatbots have received somewhat of a mixed response since they hit the market at scale — both praised for the ease with which they can offer customer service for instance, yet critiqued for their lack of true intelligence.

This is something we’re working towards, according to Ben Parr, co-founder of chatbot building platform Octane AI, who spoke at Lions Innovation, a division of the Cannes Lions International Festival of Creativity. “The technology for bots that are truly intelligent and personalized based on AI is just not there yet to be totally reliable 100% of the time, but in the future, as the tech evolves and improves, they will be,” he explained.

In the meantime, what’s important is to create an experience that is repeatable and reliable, he urged. Building an audience through such platforms now enables brands to be at the forefront of this space once we are there, he added, making it a competitive advantage for the future.

He gave six tips for how to nail your chatbot content strategy on that basis:

Parr highlighted the fact that while users can comment to brands on the likes of blogs, this doesn’t serve as a true two-way interaction. By asking questions as well as providing answers through bots it can feel like a very engaging experience.

Give options that express personality

The aim with bots should be for an emotional response, Parr said, so give options in your content that express personality and personal interest. Not every sentence has to lead to another option or path for the conversation, it can just be there to build and buffer the personality of the interaction.

Use video, audio, and GIFs

This one goes without saying, the more interactive the content itself, the better. Parr also suggested to offer teasers within the conversation, even as simple as: ‘Hey, want to see this?’ Make sure you are clear to users in letting them know it’s a bot they’re dealing with, he urged, however. “There’s still no tech that can mimic a human being, so people will know that and will not trust you otherwise,” he explained.

Parr recommends a maximum of four lines or so for each interaction. “Just don’t make them too long,” he said. “You want the back and forth and you want people to re-engage with every single piece of content.”

One issue with nearly every bot out there is that they’re campaign based, meaning they launch for a specific reason and then just die off. In Parr’s opinion, a bot should be evergreen. “It’s like a newsletter. It’s not one single email; you didn’t build up an email list for one single email. You need to think of your bot experience in the same way… constantly providing reasons to come back.”

Don’t abandon the tried and true rules of storytelling

“The best bots have story arc; you can see it,” Parr commented. He recommended content creators look to the basic steps of storytelling that work every time as a result, from the exposition through inciting incident, rising action, climax, falling action and resolution.

This article was written by Rachel Arthur from Forbes and was legally licensed through the NewsCred publisher network.The views expressed in this article do not necessarily reflect those of Twitter or its affiliates.